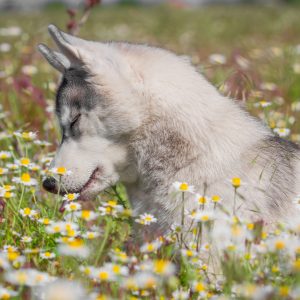 Synthetic fragrances are manmade so therefore a cheaper option. Must less oil needs to be used creating a much stronger scent which can be hazardous to your health and your pets’ health. There are no aroma therapeutic benefits.

Even after banning methylene chloride (a known carcinogen that also causes autoimmune disease) in 1989, an EPA study two years later listed the chemical as one of the 20 most common chemicals found in fragrance products. In a 2001 study, the EPA reported that synthetic fragrances were shown to cause “possible mutagenic and genotoxic effects.” Synthetic fragrances have also been shown to contain hormone disruptors which are linked to abnormal cell reproduction and may result in tumor growth. Synthetic fragrances are not recommended to use around animals.

Previous: Healing Properties
Next: The benefits of Aromatherapy